Return of the Blackheath Rocket to Memorial Park

You are here: Home / Return of the Blackheath Rocket to Memorial Park 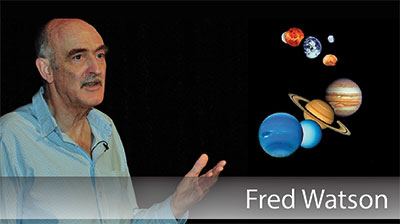 “The Blackheath Rocket is both part of our heritage and part of our future. The original rocket slide at Blackheath was the first in Australia, and spawned copies that became an iconic feature of playgrounds throughout the country. And who knows how many seven-year-olds climbing into the future rocket’s control cabin might be inspired into an illustrious career in science? The Blackheath Rocket Project ticks all the boxes for both the local district and the wider community, and deserves wholehearted support. I wish I’d had a rocket to play on when I was a kid!” 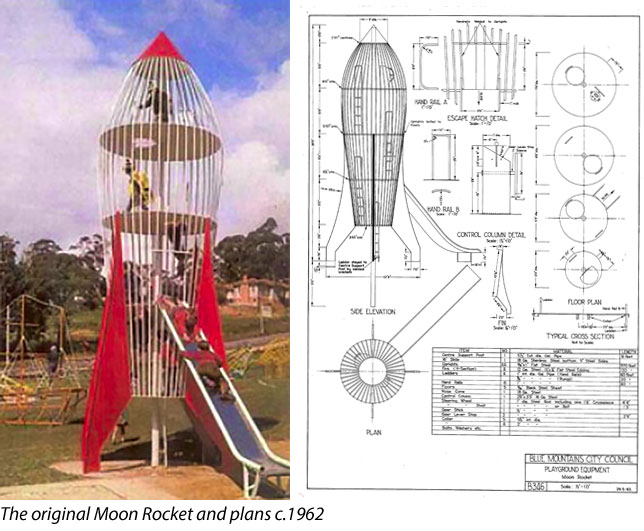 In the early 1960s Blue Mountains City Council engineer, Mr John Yeaman, had visited America and brought back the plans of a playground “rocket”.

Funded by the Rotary Club of Blackheath, the first Blackheath Rocket was built and installed in the Blackheath Soldiers Memorial Park by the BMCC. Over the years the park became widely known as the “Rocket Park”.

Dick West, who had established a welding and metal fabricating business in Blackheath, went on to make approximately 36 additional playground rockets.

In 1997, for safety and insurance reasons, the Rocket along with other heritage playground equipment was removed for refurbishment to bring them up to current Australian Playground Equipment Safety Standards. Due to required design modifications and associated cost, only 4 pieces have been returned to the park and alas, the Rocket was not one of them. 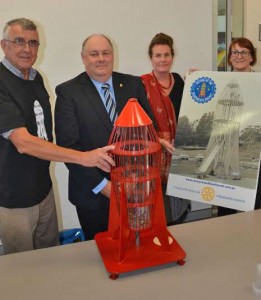 At our fundraising link: 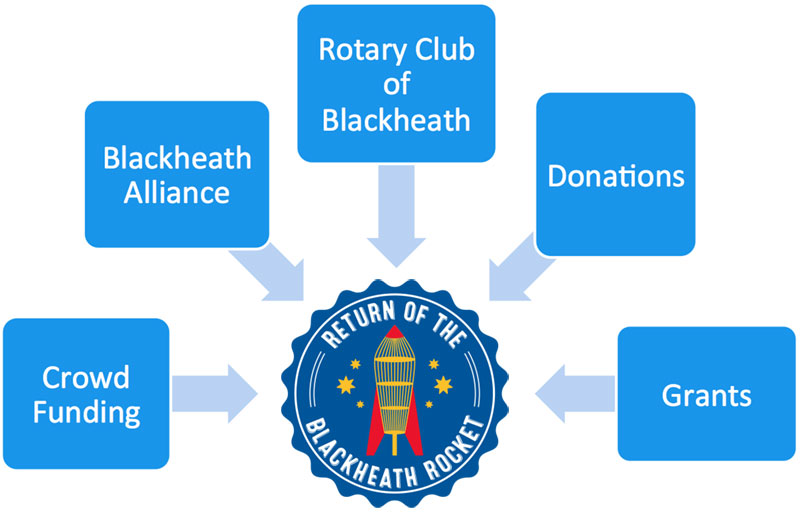